…do not get into DJing for the money.

Do it because you love music.

If you don't love music, I promise you, you won't make a single dollar.

Because it will show up in your sets…your boring, relentless, mind-numbing sets.

Okay, I'm glad we straightened that out.

How Much Do DJ's Make?

Where are you playing? How good are you? How much do you hustle?

It's not the dream lifestyle yet, but if you want to move on from playing your sets to the family pet, you're going to have to play gigs for free.

Find a cool bar, or small club, and see if you can land the warm-up slot, playing for free.

Bad for the wallet but great for gaining experience and getting your name out there.

Absolutely nothing. Well, maybe the odd vodka and coke.

All those nights you spent DJing for free have paid off.

You've landed a regular weekend spot at the coolest club in your local town, and you're getting paid for it.

You're even starting to pull in a regular following.

You won't be giving up the day job just yet, but hey, you're getting to play your tunes on a half-decent sound-system…

…the clubbers are loving your sound, and the club manager is starting to think he wouldn't want to lose you.

Mobile / Wedding DJ – How Did It Come To This?

You have sold your soul brother.

You just couldn't do your time climbing up through the DJ ranks, and so you've jumped off to start getting paid straight out of the gates.

Well, play every single chance you get, because while you are getting paid sooner than should really be the case…

…there is a serious upper limit on what you will ever earn.

And perhaps more serious than that, there is no way back for you now.

Not now everyone in your local area knows you as the wedding DJ with the inflatable guitars.

You're done my friend. Suck it up. Dry your eyes.

This is getting serious.

You put in the hard-yards playing for free, then you landed your local residency, fair play.

And now, through a clever combination of hard work, managing your social media profile (mostly honestly), honing your DJ skills, and hustling…

…you're getting to be known nationally.

You're now being invited to play at some of the top clubs around the country.

You have a career as a DJ.

Okay, so you're not quite on a par with Martin Garrix just yet, but hey, it's all moving in the right direction.

It's fair to say that you're absolutely smashing it.

You're flying out to clubs and festivals almost every weekend.

Everyone wants your name on their flyer.

…but, well, you didn't get into this to live a long time did you?

You’re not quite DJ royalty yet, but you’re not that far off either.

Let's say $4,500 per gig, and you'll likely be playing three times a weekend.

You dreamed the dream.

Now you're living the dream.

You play where you want, and when you want.

You DJ maybe once or twice a week. You have record labels on the go. Corporate sponsorship deals are queueing up for your endorsement.

You live between London, New York and Ibiza, it's not that tough a life-style.

In addition to this, you're probably going to rake in further income from product endorsements, record sales, mix albums etc.

As well as the occasional private party gig, where you'll be able to charge something like $250,000 for a one hour set.

So go ahead and add another $1m on to your annual pre-tax income.

How Much Do Dj's Make? Are These Numbers Real?

For sure they are.

The top superstar DJ's like Steve Aoki, Martin Garrrix and Calvin Harris are well known to be earning between $20m and $50m each year. 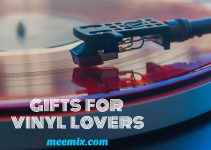 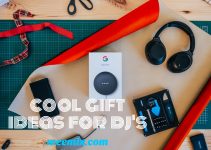